As per GOI’s circular dated 29th March 2019 on price-capping of stents by NPPA (National Pharmaceutical Pricing Authority), new prices of coronary stents are revised with effect from 01st April 2019. For details on stent pricing.click here 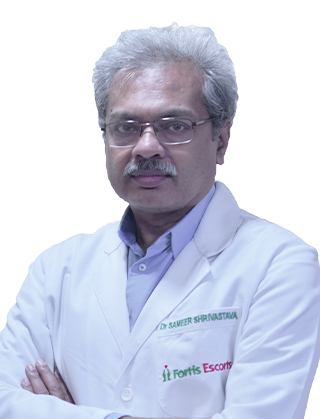 Dr. Sameer Shrivastava, Heads the department of Non-Invasive Cardiology at Fortis Escorts Heart Institute. He is the in charge of Resident program at FEHI. He is also the Principal Coordinator of PGDCC (Post graduate Diploma in Clinical Cardiology) program at FEHI. He is an expert in all the Non-Invasive imaging procedures performed at FEHI including 3D Echocardiography, Tissue Doppler imaging, Strain, 2D Echocardiography, Vascular Dopplers & Stress Echocardiography. He is deeply involved with the entire academic and research activities at FEHI as well. Dr. Sameer Shrivastava has been associated with FEHI since 1995, immensely contributing to the development of the department of Non-Invasive Cardiology, which is now one of the best in the country.