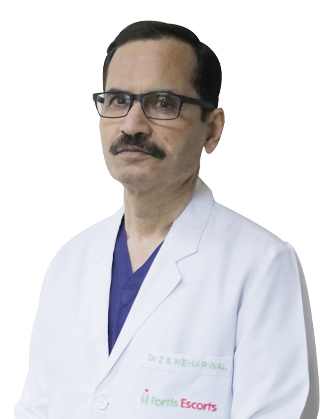 Dr. Z.S. Meharwal is an Executive Director, Cardiothoracic Vascular Surgery and is part of the founding team of Doctors at Fortis Escorts Heart Institute. Dr. Meharwal completed his MBBS, MS (General Surgery) and M.Ch (Cardiothoracic Surgery) from King George’s Medical College, Lucknow. He has worked as Consultant Cardiac Surgeon at prestigious King’s College Hospital in London. He has more than 30 years of experience in cardiac surgery with over 30000 surgeries to his credit, including complex heart operations.