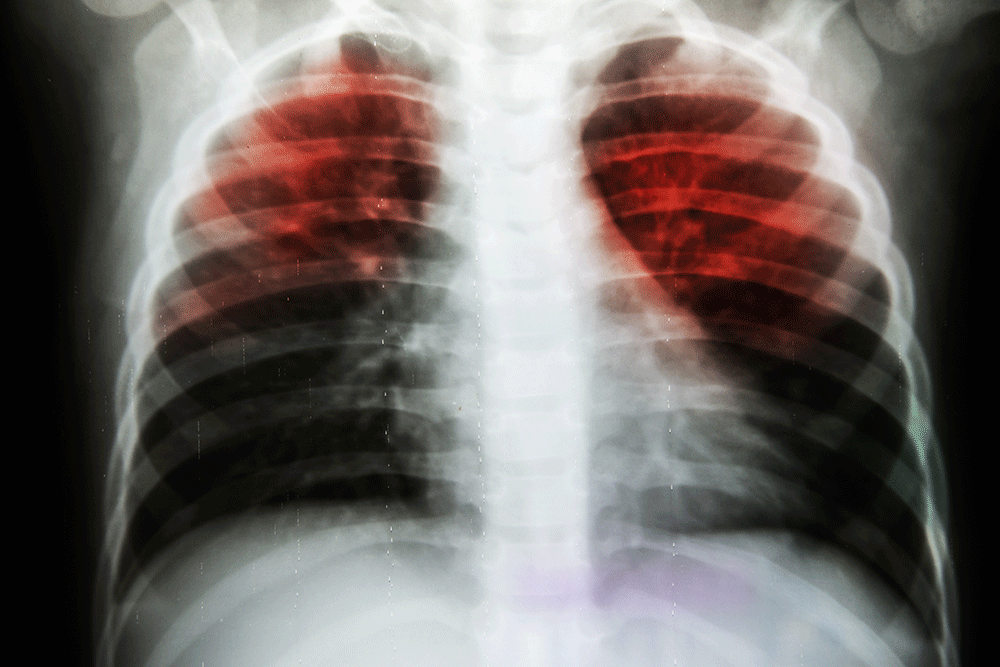 Tuberculosis is in the air

Cigarette smoking is not the only cause of lung damage. You can spare the smokers for a while in this case. Tuberculosis is another fatal disease that usually affects the lungs and the worst part is it is infectious.Who knew that just breathing too could turn out to be fatal!

Tuberculosis is the second deadly killer, globally and in 2015, 1.8 million people have been reported to have died from the disease, with 10.4 million falling ill. India accounts for one-fourth of the global incidences of TB cases. It has been estimated that annually around 4.8 million people die of TB in India.

According to WHO, around 9 million people get sick with TB in a year. TB is an airborne pathogen and can spread through the air from person to person.

There are two types of TB. In Latent TB, the bacteria remain in the body in an inactive state. Symptoms aren’t visible and it isn’t contagious but they can become active. In Active TB, the symptoms are visible and can be transmitted to others.

With the right medication, TB can be cured. The (Anti-tubercular)treatment depends on a person’s age, overall health, one’s resistance to drugs, the type of TB and the affected organ.

People with latent TB may or may not require treatment depending on patient specific factors like age, immunity status, other co-morbid conditions, whereas people with active TB will often require treatment with multiple medications.Anti-tubercular drugs are usually required to be taken for a relatively long time. The standard length of time for a course of TB antibiotics is about 6 months or it can be longer depending on the organ involved and type of infection(MDR). Although, medication is available, the treatment has to beregular andcarried out carefully as TB medication can be toxic to the liver, kidney and other organs and the side effects can be quite serious for which monitoring is required under medical supervision. A few known side effects include Jaundice, loss of appetite, nausea and vomiting. If you come across similar symptoms, you should check with your doctor immediately. Book an appointment at http://www.fortisescorts.in/book-an-appointment.