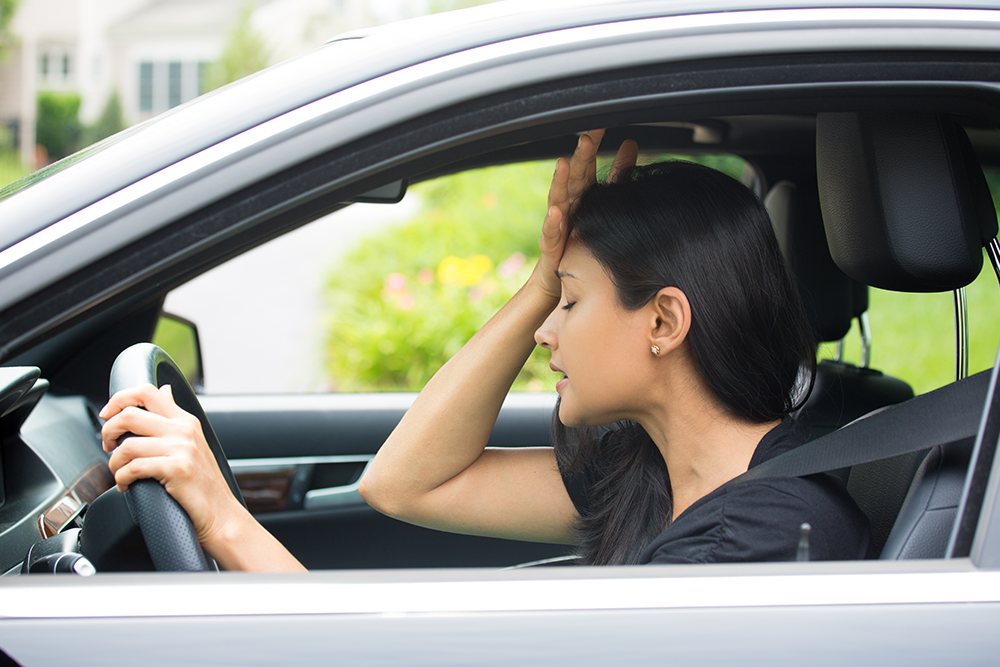 How Sitting In Traffic Jam Can Harm Your Health

Traffic congestion increases vehicle emissions and degrades ambient air quality, studies have shown excess morbidity and mortality for drivers and commuters,stressed and frustrated motorists, encouraging road rage and reduced health of motorists. Commuters who are exposed to air pollution, especially those riding in non-air conditioned vehicles such as autos, e-rickshaws, cycle rickshaws and motorcycles, double their health risk.
Aside from chronic lung diseases, air pollution can cause blood pressure to rise and inflame the arteries, increasing heart attack and stroke risk.Blood pressure goes up with increased traffic pollutants, and electrocardiogram changes show decreased blood flow to the heart.
Pollution that gathers inside cars in traffic jams and at red traffic lights is far higher than that found in cars that are moving. It contributes to lung cancer, asthma, and other respiratory diseases, besidesheart disease and stroke. All of these can be fatal.Pollution at intersections is 29 times higher thanthose found in free-flowing traffic.At intersections, vehicles slow down, stop, rev up to move when lights turn green, and they are closer together. The cars move slowly, so that drivers are exposed for longer. As the output is ongoing, the pollution does not disperse but lingers and accumulates. The cars waiting in traffic jams or at red lights contain up to 40 percent more pollution than those that are moving.
Long commutes eat up exercise timeand are associated with higher weight, lower fitness levels, and higher blood pressure—all strong predictors of heart disease, diabetes, and some types of cancer.
Being exposed to the daily hassles of traffic can lead to higher chronic stress.One of the stress triggers while driving during a traffic jam is impatience—having to wait for the traffic to move and dealing with the mistakes of other motorists on the road.Impatience, if not handled at the beginning, tends to turn into resentment, aggressive driving and anger- which all can lead to road rage.Stress, is a "killer disease" that makes people vulnerable to other diseases and even depression.
Some commuters who are caught in traffic mess are also deprived of sleep, especially those who had to get up early the next day to avoid the morning rush and get to work on time. Sleep deprivation can also affect performance, attention, and long-term memory. Moreover, lack of sleep can cause anxiety, exhaustion, frustration, impulsive behavior, lower immunity, and some mental health problems. It also encourages drug and alcohol.
Traffic jams also don’t allow commuters to use rest rooms if required, causing holding of urine for long period of times which can cause urinary infections. Urinary infections can sometimes be so severe as to cause acute urinary retention. If this happens in an elderly individual it can lead to psychotic behavior.
If a commuter held up in a traffic jam feels thirsty and is not carrying a water bottle, it can cause low Blood pressure due to dehydration.
If a commuter stuck in a traffic jam has a medical emergency like a Heart attack, they might not be able to reach a hospital in time for treatment.