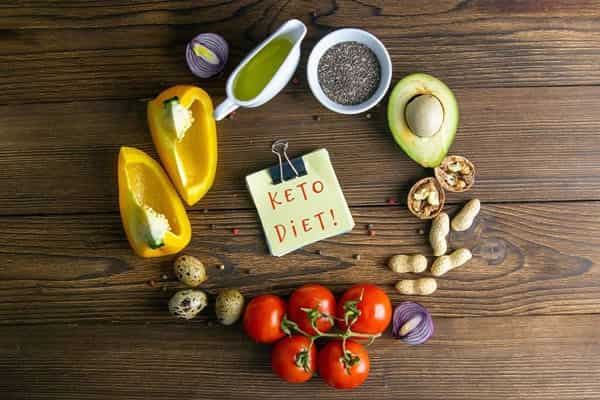 The ketogenic diet is a low-carbohydrate, high-fat, adequate-protein diet, which is primarily used to treat difficult-to-control (refractory) epilepsy in children.

This diet forces patient’s body to burn fats rather than carbohydrates. The purpose of this diet is to extract more calories from protein and fat. Consuming less carbohydrate in diet can decrease the triglycerides’ as one takes less amount of calories than the normal intake. It is easy to cut back most on the carbohydrates that are consumed daily, like sugar, soda, and white bread, only short-term results have been studied, and the results have been mixed. Long term effects haven’t been studied as yet; it is unknown if it works in the long term, and whether it's safe or not.

Higher the consumption of fats, more are the chances of an increase in Low Density Lipoprotein which results to high cholesterol level. The American Heart Assocation states that for Cardiovascular Diseases the percentage of total fats shouldn’t be more than 30% of the total calories if one consumes more than the recommended allowances it is harmful to the body.

According to Indian Council of Medical Research, 2010 guidelines, fat should not be more then 25-35g per day across different age groups in India. In ketogenic, the consumption of fat is more for a long duration of use would be harmful to any individual.

There is one recent long-term study recommending it as a hazard for heart disease. A study presented at the American College of Cardiology in New Orleans, wherein it was discovered that patients who were following a diet low in carbohydrates for nearly two decades had an increased risk of Atrial Fibrillation.

According to research published in Obesity Biology and Integrated Physiology, it was found that Ketogenic diets increase cholesterol and inflammatory markers associated with chronic disease. Specialists observed changes in lipids and inflammation during four weeks on a basic average diet and then on a ketogenic diet. It was discovered that Total cholesterol, LDL, ketones, and markers of inflammation expanded fundamentally while the patients were on the ketogenic diet.

Increase in cholesterol levels is not something that develops overnight; it is a slow & gradual process which eventually blocks your arteries. But keeping the current lifestyle in mind we are more prone to it due to the increased intake of fast food.

More studies need to be conducted to conclude as to the extent to which the keto diet affects the body in the long term.